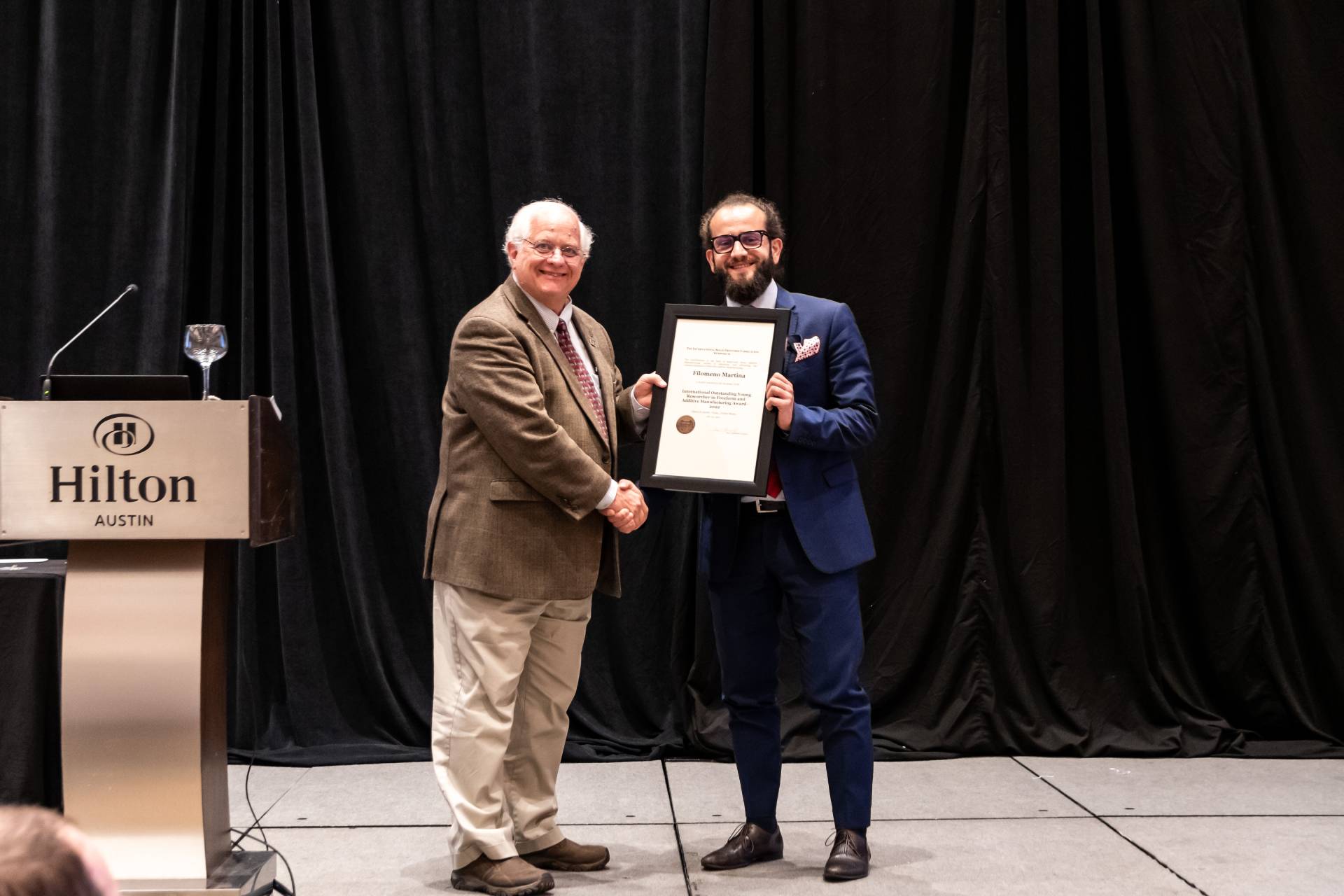 We are delighted to announce that our CEO and co-founder of WAAM3D, Dr Filomeno Martina, has been awarded the prestigious International Outstanding Young Researcher in Freeform and Additive Manufacturing Award (FAME Jr) at this year’s Solid Freeform Fabrication Symposium.

The Award is given annually to recognise an outstanding young researcher who, in the field of freeform/additive fabrication, has demonstrated significant research accomplishments, potential for a successful career, and service to the freeform community, early on in their career.

Filomeno co-founded WAAM3D in July 2018, with a research team from Cranfield University, where he was a senior lecturer and researcher.  The company is now a leader in large-scale additive manufacturing. It is based on Cranfield University’s pioneering research carried out since 2006, working with organisations including Airbus, GE, Lockheed Martin and BAE Systems.

His achievements whilst in academia, which led to the Award, include coordinating a €1million EU Erasmus project to set up at Cranfield University the first ever MSc in Metal AM in the world. Moreover, he has contributed to the writing and the coordination of several successful multi-million-pounds bids and projects. During his PhD and post-doc work, he achieved better than wrought properties with alloys of titanium, nickel and iron, with a now patented combination of AM and in-process cold work of the deposit.  Filomeno was also a key member of the team who made the world’s largest single titanium part by AM; a Eurofighter Typhoon primary frame structure of 2.5m x 1.5m.

He is a regular speaker on WAAM at conferences globally and has over 40 peer-reviewed journal articles, some of which have been cited over 1,400 times.  He has also helped draft ASTM and BSI standards on DED and WAAM.

Commenting on the Award which he received yesterday (25th July) at the Symposium in Texas, Filomeno said, “I’ve devoted my research and professional life to AM, to help mature this technology and see it applied extensively. It’s an honour to be recognised by the judges, especially as a member of the growing WAAM community. I would like to thank all my Cranfield and WAAM3D colleagues, my family and my friends, without whom none of this would have been possible.”

The FAME Award is sponsored by the Solid Freeform Fabrication Symposium under the aegis of the Advanced Manufacturing Centre of the University of Texas at Austin. 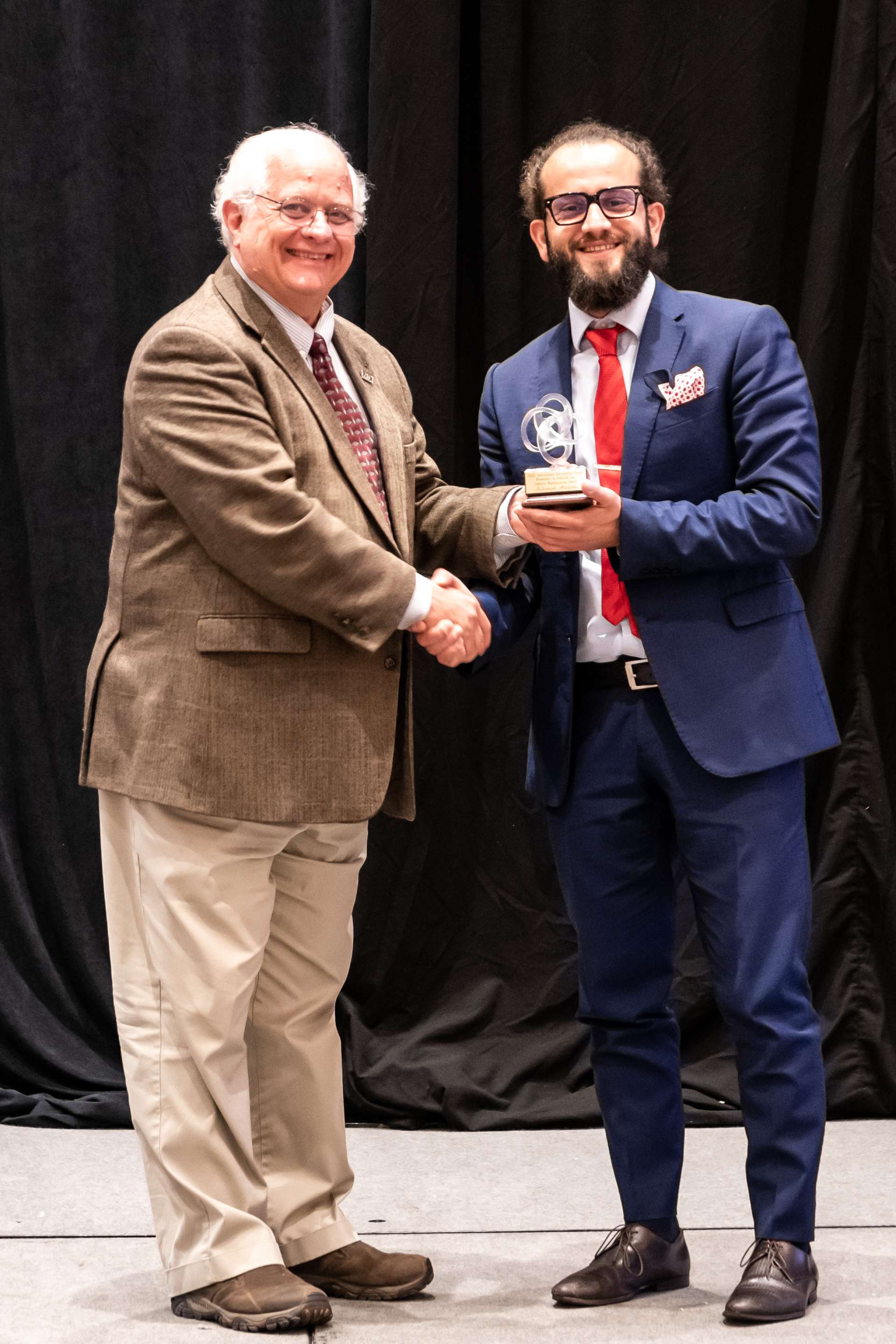 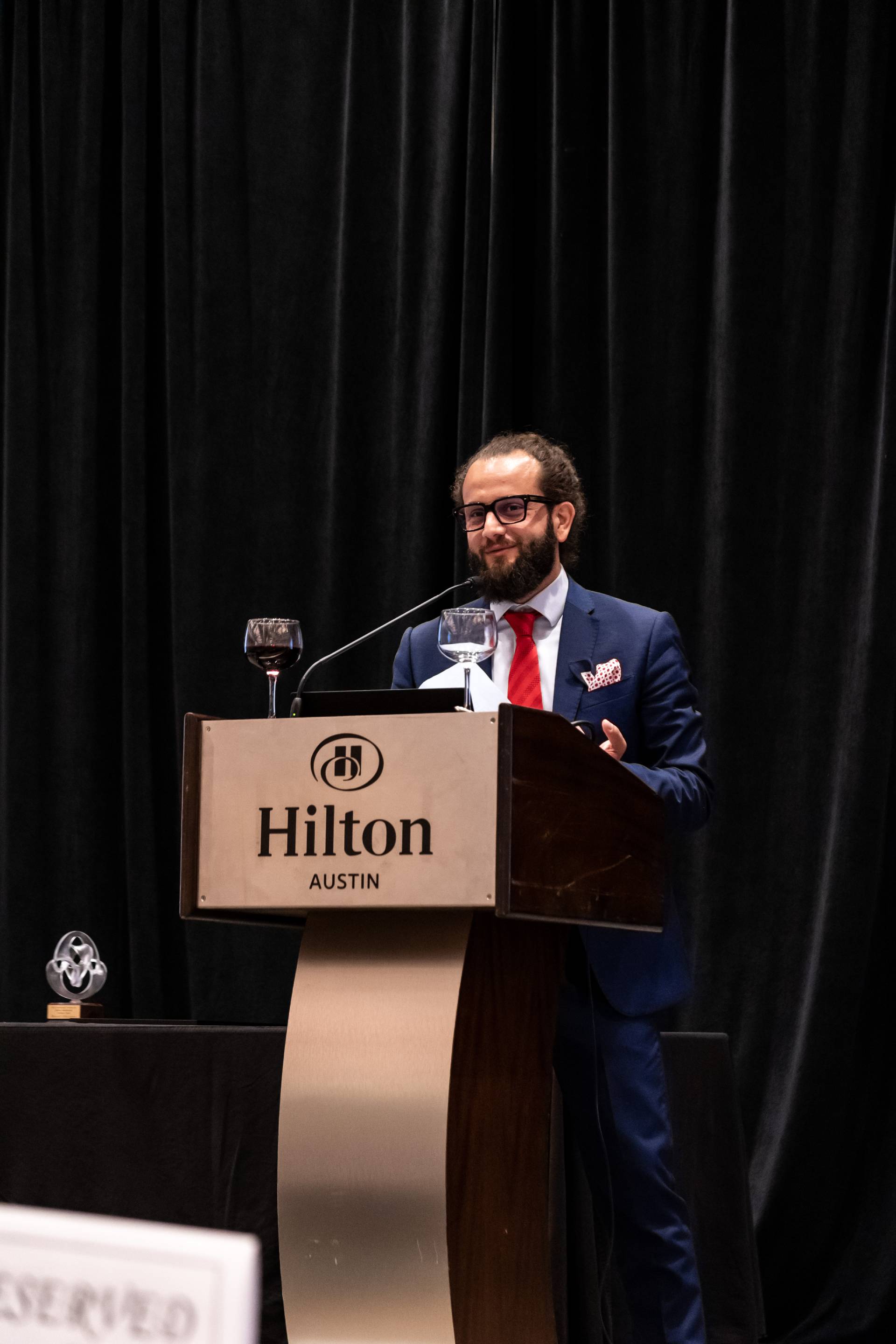